If your mailbox is like mine, it’s chock-full of monthly bills, sales flyers and reminder postcards. Sometimes I’ll see a nice-looking envelope in the stack of mail and think, great, a personal letter. Sadly, it’s usually a cleverly packaged invitation for a lower APR. 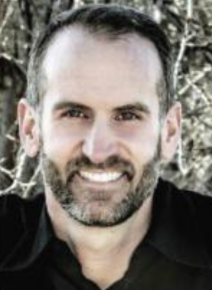 Every so often, though, I receive a genuine, personalized invitation to an upcoming event. That envelope — hand-addressed and often on thick-stock paper — goes to the top of the pile. It’s the first thing I want to read.

Why? Because it’s personal.

This Easter, more than two billion people around the world will celebrate the life and legacy of the most powerful inviter in history.

Two thousand years ago, Jesus of Nazareth — later known as Jesus Christ — invited people to see themselves and God in a new way. Over three years of public teaching as an itinerant Jewish rabbi (religious teacher), Jesus shared bold, powerful invitations that both expressed and confirmed God’s loving intentions for humanity.

As Jesus begins his work as a rabbi he encounters several fishermen and gives them this invitation: “Follow me.” And without knowing exactly what it meant to follow, Peter, Andrew, James and John—the first disciples—begin a journey with Jesus that will transform them and transform the world.

When a group of committed friends daringly lower their paralyzed friend on a mat down through a roof in order to get him in front of Jesus, Jesus doesn’t hesitate to help. After first proclaiming the man forgiven of sin, Jesus gives the paralyzed man this invitation: “Get up! Pick up your mat and walk.” The man does just that, and walks away into a promising future that was unimaginable just moments before.

And when a woman caught in an adulterous affair faces mob justice, Jesus first brilliantly dismisses the violent mob and then gives the woman this invitation: “Go now and leave your life of sin.” And for the rest of her life, I’m convinced this woman aligned her life with God’s intentions, rather than simply following her own desires or following the lead of those around her.

Transformation. Healing. Forgiveness. These are some of the personal invitations that Jesus gave and that Jesus himself makes possible. And those invitations aren’t just for people 2,000 years ago.

Those invitations are open to you, and they’re open to me.

Easter celebrates the resurrection of Jesus Christ. As part of this celebration, we’re invited to see ourselves and God in a new way. God is not far-off; through Jesus Christ, God is near.

Not just at Easter, but every moment of every day, Jesus Christ invites every person to receive and extend transformation, healing and forgiveness rooted in him. I think that’s an invitation worth responding to.