2019 Winter Carnival at a glance

The groundhog may have delivered good news of an early spring last week, but here in Sandpoint, it almost feels like the cold, dark season has just begun.

Old Man Winter’s slow start brought a false sense that we’d escaped, but the temperatures in the teens as of late confirm that another North Idaho winter is in fact upon us. Luckily, an antidote for the increasing cabin fever is just around the corner in the form of Sandpoint’s annual Winter Carnival. 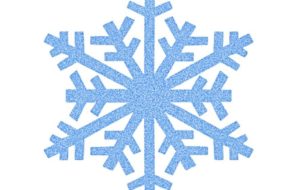 Since 1973, the series of events serves to bring locals together when the weather threatens to turn us all to hermits. Here’s a quick overview of what’s coming up starting next weekend, thanks to hosts Schweitzer Mountain and the Greater Sandpoint Chamber of Commerce. For more information, visit sandpointwintercarnival.com.

The 2019 Winter Carnival kicks off at 5:30 p.m. when the Weird and Wonderful Winter Parade of Lights will begin at the City Parking Lot and then loop its way up 2nd Avenue, onto Oak Street, down Fourth Avenue to Church Street and back to the parking lot. Any business or group hoping to participate in the parade must register by Feb. 8. Call the Chamber at 208-263-2161 for more information. Along with the parade, there will be a hot chocolate bar hosted by Hendricks Architecture, a “Get Glowing” Parade Station for the kids and an after party hosted by The Fat Pig and Pend d’Oreille Winery. Friday evening also features the Rotary Club’s Duck Derby Kickoff at Matchwood Brewing 7-9 p.m., a production of “Drinking Habits” at the Panida with doors opening at 6:30 p.m. and live music at MickDuff’s Beer Hall from country artist Devon Wade 6:30-9:30 p.m. Feb. 15 also kicks off Schweitzer’s Beercat Tour, running until Feb. 17.

There will be a full day of events at Schweitzer, the 5th annual Winter Carnival Cornhole Classic at MickDuff’s Beer Hall starting with registration at 11 a.m. as well as sleigh rides and dinner at Western Pleasure Guest Ranch starting at 5 p.m. (make reservations by calling 208-263-9066). Also catch live music at the Laughing Dog Tap Room from Chad Patrick 6-8 p.m., tunes from alternative indie psych rock band The Wow Wows at MickDuff’s Beer Hall 6:30-9:30 p.m. and a performance from Right Front Burner at the 219 Lounge 6-9 p.m.

Experience a trial run at the Nice Turns Clinic on Schweitzer 1-3 p.m. and catch the “Let it Glow!” Kids’ Night Parade and fireworks 6-8 p.m. Entertainment on the mountain doesn’t stop there, as live music will be on at Taps with Hawthorne Roots 3-6 p.m. and The Rub 7-10 p.m.

Take part in events at Schweitzer all day, including a moonlight snowshoe hike 4-8 p.m. (conditions permitting) and live music at Taps 3-6 p.m.

Connie’s Cafe hosts KPND’s Ski and Board Party at 5:30 p.m. and Wind Down Wednesday at the 219 Lounge begins at 6 p.m. with live music from Truck Mills and Tom Duebendorfer.

Dine Out for a Cause at Trinity at City Beach from 4:30 p.m. to close, with 10 percent of dinner proceeds benefiting the Bonner Community Food Bank. Get a free dessert for bringing two non-perishable food items. Also enjoy live music at MickDuff’s Beer Hall from Brendan Kelty starting at 6 p.m.

Jalapeno’s celebrates National Margarita Day with drink specials and prizes, bring your best chili to Pierce Auto Center in Sagle by 3 p.m. to be judged against other amateur chili chefs, catch live music from indie-rock band Harold’s IGA at Mickduff’s Beer Hall starting at 6:30 p.m., and enjoy live comedy from Michael Winslow and Phillip Kopczynski at the 219 Lounge, with doors opening at 7 p.m. and the show at 8 p.m.

The third-annual Weird & Wonderful Winter Carnival Beerfest & Pub Crawl will grace the streets starting at 2 p.m. and make the rounds to some of Sandpoint’s best locations to sample craft beer. For an updated list of participating locations, find the event on Facebook. The night will also feature live comedy from Michael Winslow and Phillip Kopczynski at the 219 Lounge, with doors opening at 7 p.m. and the show at 8 p.m. Plus, there will be live music aplenty between Miah Kohal at Taps 3-6 p.m., The Other White Meat at MickDuff’s Beer Hall 6:30-9:30 p.m. and CobraJet and High Trees and Ammunition at the Eagles at 8 p.m.

Eichardt’s annual K9 Keg Pull starts at the granary district at 9 a.m. with registration, and races will go until noon. $10 donation entry fees will benefit the Panhandle Animal Shelter. Matchwood Brewing will open early — 9 a.m. — to serve breakfast, with a DIY mimosa bar and live music from bluegrass band Kind Country. The final day of Winter Carnival is also “Get The Girls Out” Day at Schweitzer, presented by SheJumps, and is meant to encourage women to get outside and play.