How does the U.S. Census worK? 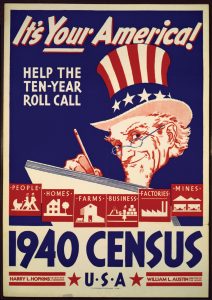 In 2009 I saw a notice in a national magazine saying that the U.S. Census office was looking for people to help with the 2010 census. My mom was a census taker when I was kid, so I thought I’d give it a try. I was hired and went through training in Coeur d’Alene with dozens of other folks. When done, we were asked to stand up, raise our right hands, and take the oath of office. With that, we became newly-minted Feds in the employ of the Department of Commerce.

My actual job title was census enumerator. I was taught how to use a very powerful GPS (global positioning system) unit, and I was given my first assignment: to find and mark everything that was a residence—or could be a residence—in an area roughly framed by Bottle Bay, Garfield Bay and Sagle roads. Several other assignments followed.

With the GPS in one hand, a stylus in the other, and my official Department of Commerce ID around my neck, I went from location to location. When I reached what I determined to be the primary entrance of a location, I marked where I was standing with my GPS unit then moved on to the next location.

The job was easy, I got lots of exercise and it was kind of fun. I described the GPS unit as powerful. While I couldn’t change the course of mighty rivers like Paul Bunyan, I could add roads I discovered that weren’t on my digital map by simply walking or driving along each road and telling the GPS what I was doing. And, if I found a road on the map that no longer existed, I could delete it.

I seldom encountered residents while doing this pre-census work. (The actual census, when people would be sent questionnaires or interviewed face-to-face, wouldn’t start until 2010.) I wasn’t required to determine if the locations were occupied but I routinely knocked on doors and if someone answered I explained what I was doing.

Each week the census enumerators met with our supervisor to discuss our progress and any challenges we encountered. For the most part it all went very quickly and smoothly. The mapped data we collected would be used to improve the accuracy of the 2010 U.S. Census and the analyses from it would be available much sooner.

At the end of the enumeration work we were asked if we would like to stay on to help with the next phase, the actual census. I re-upped and headed back to Coeur d’Alene to learn the job. In training, we learned how to explain the importance of the census and how to overcome objections. We did lots of role-playing exercises to practice what we were taught. We also learned, much to everyone’s chagrin, that we wouldn’t be able to use our trusty GPS devices and that the census interviews would be done “old school;” with address lists and paper questionnaires, not that different from the way my mom did it 50 years earlier and probably not that much different from the way it was done back in 1790, the year of the first U.S. Census.

In 2010, the census questionnaires were mailed in March.  A second one was sent if the first one wasn’t returned. As a Census canvasser, I worked from a list of addresses in my assigned area from which questionnaires had not been received.  I visited very remote areas of our county, some barely accessible, that I wouldn’t have seen otherwise. I met lots of people, some who were very skeptical of our government and its policies. Some still had vivid recollections of Ruby Ridge and preferred to be left alone. But, for the most part, the people I interviewed were amiable and forthcoming.

The preparatory work for the 2020 U.S. Census is already under way, and I am looking forward to applying again. The data will help us determine how many seats we should have in Congress and how our legislative districts should be drawn. But, most important of all, the census data sets are vital in determining how over $4 trillion in federal and state funds will be allocated in the next 10 years for education, social support programs, infrastructure development and job re-training.