The Notorious RBG is coming to the Panida

On Friday, Oct. 4, the documentary film RBG about the extraordinary U.S. Supreme Court Justice Ruth Bader Ginsburg is coming to the Panida Theater. The doors for this free showing open at 7 p.m. and the film begins at 7:30 p.m. 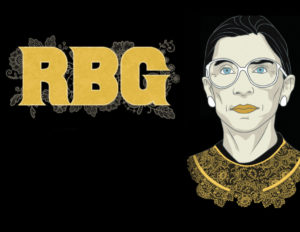 Thanks to a grant from the Bonner County Human Rights Task Force, 88.5 KRFY is bringing this important film to the Panida as a “thank-you” to the community for its love and support of the radio station.

The 2018 documentary focuses on the life and career of the second female Supreme Court justice of the United States. Ginsburg is, as the promotional poster for the film states, a “hero, icon, dissenter.” The film has a PG rating and received a 95% approval rating from critics and a 78% approval rating from audience members on Rotten Tomatoes.

RBG has received positive recognition from reviewers since its release in May 2018. It was chosen by the National Board of Review as the best documentary film of 2018 and was nominated at the 91st Academy Awards in 2019 for best documentary feature.

The film spans the legal career of Ginsburg as she moved from being a law professor to her appointment to the federal judiciary by President Jimmy Carter. Her eventual appointment to the Supreme Court occurred on Aug. 10, 1993, when she took the oath of office. She is known for her ardent support of women and men through her advocacy of the advancement of women’s rights and gender equality.

This inspirational film of the 86-year-old Ginsburg speaks to a wide audience, but particularly young women and the elderly. Ginsburg is best known for her memorable quotes such as “I … try to teach through my opinions, through my speeches, how wrong it is to judge people on the basis of what they look like, color of their skin, whether they’re men or women.” Also, “I ask no favor for my sex. All I ask of our brethren is that they take their feet off our necks.”