The future of community theater is… complicated

It seems everything has been turned on its side during the COVID-19 pandemic, but one area that has been especially hard hit is community theater. With social distancing guidelines and widespread uncertainty about the virus, the already razor-thin margins that community theater normally operates under are made even thinner by less audience capacity.

With venue rentals and production costs already making it hard for those producing local theater to break even, the future of community theater remains uncertain moving into the fall and winter. 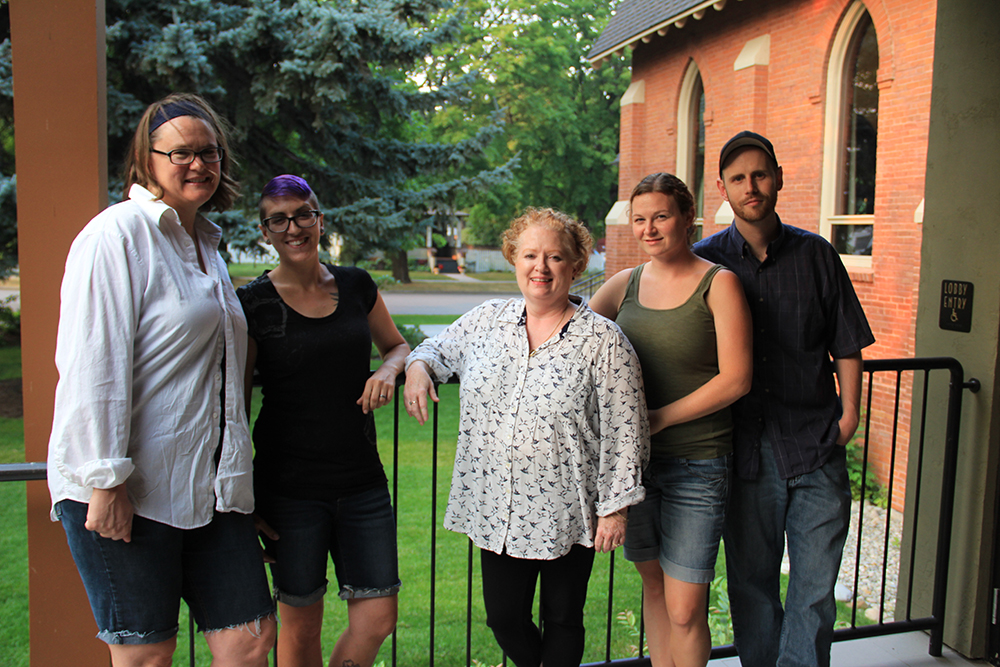 Longtime thespian and man about town Andrew Sorg has dabbled in just about everything involving a stage. He’s directed, acted in, produced and hosted a bevy of events on stage over the years in Sandpoint, and now that he’s moved back to town after a stint on the East Coast, is looking forward to the time when the effects of the pandemic are diminished enough to get back to what he loves: theater.

Sorg told the Reader that he has been working with newly elected Panida Board member Keely Gray with a new venture called Lake Pend Oreille Repertory Theatre to set the balls in motion for a glorious return of community theater. The problem is, nobody knows when exactly that will be.

“We’re actually looking at Clue as a good benchmark,” Sorg said. “If Clue is able to sell out and we see a big need for more theater in town, that will mean something to us.”

Sorg said he and Gray are mostly planning for 2021, when he envisions a big return to live events like stage plays after people have had enough of home life and binge watching shows on Netflix. The pair hopes to turn LPO Rep into an umbrella for the various local theater producers to coordinate their efforts so no plays conflict with others in what many hope to be a busy return season after the virus fears diminish.

“We’re going to try to get everyone together and make sure everyone is all on the same page,” he said.

Sorg said he and Gray are using a wait-and-see approach to evaluate what 2021 will look like. They have rough plans to put on their first production in May.

“We’re looking at planning one musical for next year, maybe getting that organized together with other small plays under that small umbrella,” Sorg said. “Nobody knows what 2021 is going to look like, or how much COVID is going to be locking things down, so we don’t expect any play or live theater until then.”

Sorg said he is focusing on online fundraising at this point to generate a nest egg of about $5,000 to make sure they are ready to fund future productions.

For Chris Herron and Maddie Elliott, who co-own and operate the local theater production company Unknown Locals, the pandemic has brought their normally prolific output of stage productions to a screeching halt. Unknown Locals has showcased about 20 local productions in its eight-year tenure, seven of which were original full-length plays written by Herron.

“We’ve had to put the kibosh on three things that were written and ready to go,” Herron told the Reader.

Herron wrote a full-length play called First Wave that was oddly prescient of the pandemic: “It was weirdly timely, being a show about the end of the world, people living in bunkers. We called it First Wave because we thought it was sort of benign, that it wouldn’t really relate to anything happening right now. Boy were we wrong.”

Herron and Elliott had to postpone the play, which was originally slated for summer 2020, as well as two other one-act efforts because they didn’t feel good about the logistics of producing a play during a pandemic.

“I’m optimistic come late spring, early summer, that we might be able to put something on, but it all depends,” Elliott said. “People are definitely going to want to get out and do something when this is all over with, so we’re planning for that.”

Herron and Elliott said they have been relatively dormant during the pandemic, even letting their insurance lapse to save a bit of money since they weren’t producing anything this year.

Herron said in pre-COVID times, they only needed about 25-30 people to attend each performance to break even, which they consider a success in community theater. But with the uncertainty of the world and the potential glut of productions that were either canceled or postponed from 2020 may oversaturate the theater scene, setting up a scenario where each production may not be able to reach the break-even point.

“After our first play, which we used our own money to produce, we’ve never had to put in a dollar of our own money to fund the ones that came after,” Herron said. “Everything has been continually generated and produced by the company, so as long as we can continue to do that, it’s a success.”

Still, Herron said the end-of-the-world play First Wave will probably be their first effort when Unknown Locals reemerges, but he may have to rewrite a few sections to recognize the pandemic.

“The funny thing is, we didn’t really explain what caused the end of the world in the play,” Herron said. “We always left it sort of vague, but I didn’t know the world was going to answer the question for me.”