Ever stopped and just taken a whiff of Sandpoint? There are a plethora of olfactory sensations going on here in the panhandle – some pleasant, some not so much. Here’s a quick tour of town, led by my nose. How many of these smells have you noticed?

The cedar siding at Panhandler Pies 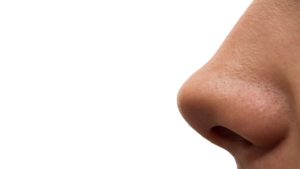 I spend every Thursday morning delivering the Reader around Sandpoint on my special bike, which was given as a present by a handful of amazing readers after they apparently took pity on the 1950s Schwinn I had previously used for deliveries. One of my nose’s favorite spots is when I pull up to Panhandler Pies. The sun falls directly on the cedar siding, sending an aromatic blast of the north woods right there on First Ave. It’s a pleasant, nostalgic aroma that brings back childhood memories of the log cabin my parents built in Westmond, where I was born and raised.

There are a lot of smells going on here. There’s freshly-mowed grass wafting over that beach-y smell of suntan lotion. There’s a musty hint of goose droppings and sand. There’s a faint smell of cooking meat from the pavilion and a not-unpleasant waft of gasoline and oil coming from the boat launch. Taken together, this potpourri of Sandpoint in the summer is never the same, but never differs by a whole lot.

Memorial Field’s aromatic properties literally depend on which way the wind blows. If it’s blowing out, you’ll smell the downy smell of fresh grass and slightly timber scent of the new bleachers. If the wind is blowing in, well, you may detect a sewage odor wafting over from the water treatment plant. Some days are worse than others, but I guess humans need to smell their own waste from time to time to keep us grounded.

This tree made news a couple years ago when the Sandpoint Area Seniors, Inc. were undergoing a transformation to their parking lot. One plan called for the removal of the old, majestic ponderosa pine, but after several in the community expressed the desire to keep the tree, SASi built the parking lot around it, sparing the tree. At the suggestion of a neighbor, I stuck my nose right up to the bark and breathed in deep. The smell was a cross between freshly-baked cookies and cinnamon. When a ponderosa reaches about 110-120 years old, it goes through a transition where the bark turns yellowish. Old time loggers sometimes thought these were different species, and many used to call them “black jacks pines” before the bark turned and “yellowbelly pines” after. Either way, next time you see an old, yellowbark ponderosa pine, stick your nose up to the jigsaw puzzle looking bark and take a whiff. Then go bake cookies.

I like the smells of the Granary and the surrounding neighborhood mainly because, every once in a while, I’ll ride by and smell the air after Evans Brothers roasts up a batch of coffee beans. I’ve never been a coffee drinker, but I absolutely love the smell of roasted beans. There’s a savory, invigorating quality to roasted coffee. When I was a sophomore in high school I worked as a clerk at Gas n’ Go. We had a popcorn machine, and it was always fun to make a batch of popcorn and watch as people walked in, smelled it, and went over for a bag. I think roasted coffee beans probably have the same effect.

Ever wondered why it smells so good after a rain?

There’s actually a name for that smell – “petrichor” – which is derived from a pair of chemical reactions. Some plants secrete oils during dry periods. When it rains, these oils are released into the air. The second reaction that creates petrichor occurs when chemicals produced by soil-dwelling bacteria known as actinomycetes are released. These aromatic compounds combine to create that tell-tale scent when rain hits the ground.

Sometimes, during a thuderstorm, we also might smell ozone. When lightning hits, it sometimes splits oxygen and nitrogen molecules in the atmosphere, which can recombine into nitric oxide. This substance then interacts with other chemicals in our atmosphere to form ozone, which can be identified by its sharp, slightly chlorine-like smell. Sometimes when people say they “smell rain coming,” it’s actually coming from the wind from an approaching storm that has carried ozone down from the clouds into your nostrils.

I was up on Lunch Peak the other day, and when I exited the truck, I was overcome by that clean, timber smell of the alpine mountains. The air almost smells sweet from the lack of unnatural odors. You can smell the trees, the rocks, the verdant mountain meadows. Early in the season, wildflowers add to the mix. Late in the season, I swear you can almost smell winter coming.

So there you have it: an olfactory tour of our fair town. Breathe it in deep, folks.