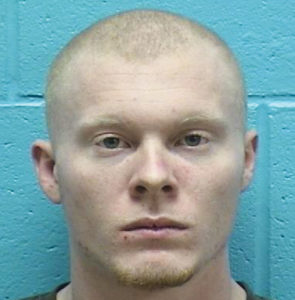 Three Sandpoint roommates experienced an unusual night on the town Sunday — one that resulted in arrests on multiple burglary charges. 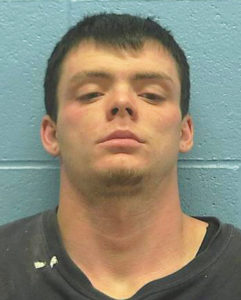 Sandpoint police officers arrested David Anthony Dorland Jr., Christian Moes and Dylan Utt after receiving reports of burglaries at both Wrenco Arms and Subway. All three individuals are in their early- to mid-20s.

According to Sandpoint Police Chief Corey Coon, the arrest of Dorland in connection to the Wrenco Arms burglary produced information pointing toward Moes and Utt, who were allegedly out on a separate Subway robbery. “Unfortunately (in this case,) great mind think alike,” Coon said.

Coon said the Wrenco Arms burglary took place Sunday night, resulting in a single handgun being stolen. To gain access, the burglar used some kind of hard object to break open the front door. Wrenco Arms owner Brandon Terry said the crime likely look place between 11 p.m. and 12:15 a.m. and resulted in between $1,500 to $2,000 in damages. Detectives retrieved security footage from the store, and Dorland was later arrested in connection to the robbery. Coon said police also recovered the stolen gun.

That same night, police responded to a security alarm at Subway and found evidence of a burglary. It was only after police conducted interviews with Dorland, however, that Moes and Utt were identified as suspects. 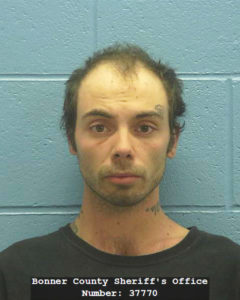 According to Coon, there’s no clear reason yet why Dorland allegedly stole only a single gun. However, he said it’s not uncommon in law enforcement to see burglaries where financial gain isn’t the apparent motivation. For instance, police have investigated boat break-ins where the only thing stolen was beer.

“It’s not about the financial gain for them,” Coon said. “It’s about the thrill of doing it.”