Profiles of the Redoubt: Beth Baumann

Editor’s Note: Each week, we’ll feature interviews with people who identify with the American Redoubt movement that have reached out to the Reader. If you would like to participate in this series, please email [email protected]

North Idaho resident Beth Baumann moved to the area in the spring of 2016 in search of a place free from the “hustle and bustle” of her native Riverside, Calif. 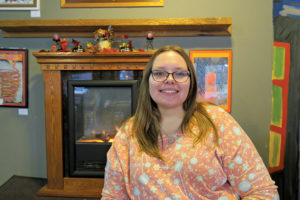 “My now-husband – my boyfriend at the time – we knew we wanted to get out of California,” said Baumann. “I knew that wasn’t a place I wanted to raise a family.”

Baumann left southern California to attend college at Northern Arizona University in Flagstaff, Ariz. where she obtained degrees in political science and public relations before moving onto Washington, D.C., to intern for the American Conservative Union and CPAC. She was in charge of social media, strategy and registration.

After moving back to Riverside and working for a small boutique PR firm for two years, Baumann and her then-boyfriend were eager to leave for greener pastures.

“I lived in the same house my whole life,” she said. “I saw my neighborhood significantly change. We went from being a neighborhood where people were very family oriented, looked out for each other, to everybody keeping to themselves.”

Baumann said North Idaho appealed to her because “it reminded me a lot of Flagstaff — that small town feel, but it had the conservative values I was looking for, that sense of community.”

It wasn’t until after she had settled on five acres in Athol that Baumann heard about the Redoubt.

“My dad actually mentioned it to me,” she said. “He emailed me this article and said ‘You should read this,’ and I was very intrigued by it. It was an older profile of the area done quite awhile ago that talked about (James Wesley,) Rawles and his idea of it, and how people are fleeing California and these liberal areas to the Northwest.”

Baumann found a job in publicity and worked as a freelance social media writer for Bearing Arms, a Second Amendment website. She later settled in as a social media staff writer for Town Hall.

Being involved in the media, Baumann’s opinion of the coverage of the Redoubt is mixed.

“Everything I’ve read (about the Redoubt) has been written by people who aren’t from here, who don’t live here,” she said. “I think that everybody instantly labels this area as a bunch of white, gun-toting racists. That really is the feeling I’ve gotten.”

One of the most intriguing parts of the Redoubt movement to Baumann is the fact that it is a “leaderless” movement.

“I don’t think the media understands that because they’re so quick to want to put a face and a figurehead on it,” she said. “That goes against everything the Redoubt stands for. The Redoubt is this idea about these people who really just want to be left alone, to do their own thing. They don’t want government to infringe. But there’s also this level of respect that I haven’t found elsewhere, where you respect your neighbor’s space and what they have to do, but you’re willing to lend a helping hand when needed.”

While Baumann identifies with the tenets of the Redoubt, she calls herself a “homesteader light,” when it comes to preparation.

“I have a garden and grow my own food,” she said. “For me, it was less about the doomsday prepper side of things and more about proving to myself that I can do this.”

Baumann said she has always identified right of center in the political spectrum.

“I always say I’m too conservative for the libertarians and too libertarian for the conservatives,” she said. “I fall into this really gray area of being conservative but also being libertarian in the sense that I just don’t care what people do. Let them live their lives.”

While Baumann said she identifies as Christian, she isn’t a church goer: “I don’t identify as conservative because of religion. … I believe in Christian beliefs and values, but a lot of my beliefs stem from the idea of individualism and people making the best decisions for themselves.”

Baumann’s libertarian side comes out most when it comes to social issues, she said.

“I’m pro-life, but at the same time, I’m pro-life for myself,” she said. “I could never have an abortion, but who am I to tell another woman that she should or should not? I don’t live her life. I probably do have different values than some people on the abortion issue because I’ve been the victim of sexual assault, so I know the implications of that. … There is more gray area than I think some liberals and conservatives want to admit.”

When asked what she thinks about moderates and progressives in North Idaho who feel their communities are being changed by the influx of conservatives, Baumann said, “The majority rules. That’s one of the great things about America – we rule by majority and we protect the minority. If progressives don’t like what they are seeing, they have to get out and do the work. … If they’re not happy with the conservative policies, then why stay in this area?”

When it comes to racism and the Redoubt, Baumann feels the two don’t go together at all.

“I think if you look at the people who naturally come here, yes, a lot of them are white,” she said. “For me, it’s never been about the race card. I don’t see it that way. … I know a lot of people in the Redoubt are afraid of being mischaracterized. Their way of dealing with it is not talking.”

Another issue that has polarized the region in the past few years is refugee resettlement, of which the majority of those who align with the Redoubt often oppose. Baumann admits she needs to learn more before coming to a decision.

“As much as we don’t want to label everybody, we also have to be cautious,” she said. “Part of being cautious and protecting our citizens is looking at where these refugees come from and the religion they come from and the extremism in that part of the world. As much as I don’t like to lump people together, I’d rather be called a racist than to be blown up.”

At only 25 years old, Baumann said being a millennial and a conservative gives her a unique perspective in the rapidly shifting political climate.

“I know a few conservative Millennials who are unapologetically conservative,” she said. “It’s become more socially acceptable to go against the grain.”

While she voted for President Donald Trump in 2016, Baumann said she “plugged her nose” while she did it.

“I actually wrote in 2015 that Trump scares me as much as Obama scared me,” she said. “I thought he would legislate from the phone and the pen, and that he would do executive orders up the yin yang, and so far, I’m not surprised by anything I’ve seen. But I hold everybody to the fire. Everybody should be held to the fire, regardless of political party or position or if you voted for them or not.”

Baumann has recognized a divide surrounding Trump, but added, “I think we are just as polarized as we were in 2008, just in opposite ways. … But, I’ve had people who won’t talk to me anymore because I’m not on this MAGA train. It’s not that I don’t want to be supportive, but I’m going to call out any type of wrongdoing I see regardless of who it is. That’s how it’s supposed to be.”

Regarding the Redoubt movement, Baumann said it has similarities with other movements in the past.

“With things like the Tea Party and the Redoubt, I don’t necessarily think that these are new groups,” she said. “I think it’s the same group of people who get ignited every so many years and the name changes. Because they’re the same people you’re going to see in your Republican Central Committees. They’re the people who are already involved.”

When asked whether those on the fringe of the Redoubt causes harm to the conservatism in general, Baumann said, “Yes, 100 percent. I think it makes us all look batshit crazy. People like Alex Jones don’t speak for the majority of people. Yes they have their followers, but the average person is level headed. They just want to be able to have decent jobs, support their kids. They just want to be left alone. That’s what I take out of the Redoubt. We’re people who want to be able to express our constitutional rights. We want to protect the Second Amendment. We want to be able to hunt and whatnot, but that doesn’t mean that we’re all sitting around in our basements wearing gas masks and thinking of the latest conspiracy theories about how the government is going to kill us. I personally think the government serves a purpose. We need government for things like roads and whatnot, but that doesn’t mean that it has to be large.”

Though she identifies with the movement, Baumann said she probably isn’t the typical Redoubter.

“While I live in the Redoubt, I’m probably not the purest Redoubter in the sense of I’m not a doomsday prepper,” she said. “I’m not a conspiracy theorist. Yes, I believe that terrorists really hit the Twin Towers and that Sandy Hook really happened. While I do agree with a lot of the principles, I think that the conspiracy theorist side and doomsday-mad prepping in places … hurts us in the long run because people don’t resonate with that unless they are that, and that population is so small.”