Sandpoint may become the only Idaho community north of Boise to host a trail compliant with the Americans with Disabilities Act, after Kaniksu Lands Trust recently announced plans to construct just such a trail in the Pine Street Woods. 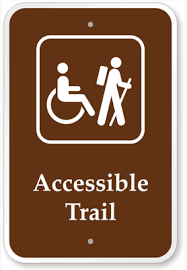 Supported by an AARP Community Challenge Grant, the proposed half-mile trail would be one of only four ADA-accessible trails in the state, according to KLT Outreach and Development Coordinator Cami Murray.

According to Murray, Pine Street Woods is an ideal location for the project because it is fairly flat for an outdoor recreation space.

“It’s a great place for people who are new to the outdoors, who may have mobility issues or other things that would make it hard to use steeper trails,” she said.

Murray said ADA accessibility is the “gold standard for inclusivity,” opening spaces to wheelchairs and other forms of mobility support.

“Creating an ADA trail means that Pine Street Woods is truly a place for everyone in our community to get outside,” she said, “and that is what we think is most important.”

Murray said KLT aims to have the trail done by mid-September.