The proposed Montanore mine near Rock Creek, which feeds into the Pend Oreille watershed from western Montana, hit a major roadblock Nov. 19 when the Montana Supreme Court ruled that Hecla Mining Co. can’t legally front a nearly 30-year-old water quality permit to green light its silver/copper operation in the Cabinet Mountains. 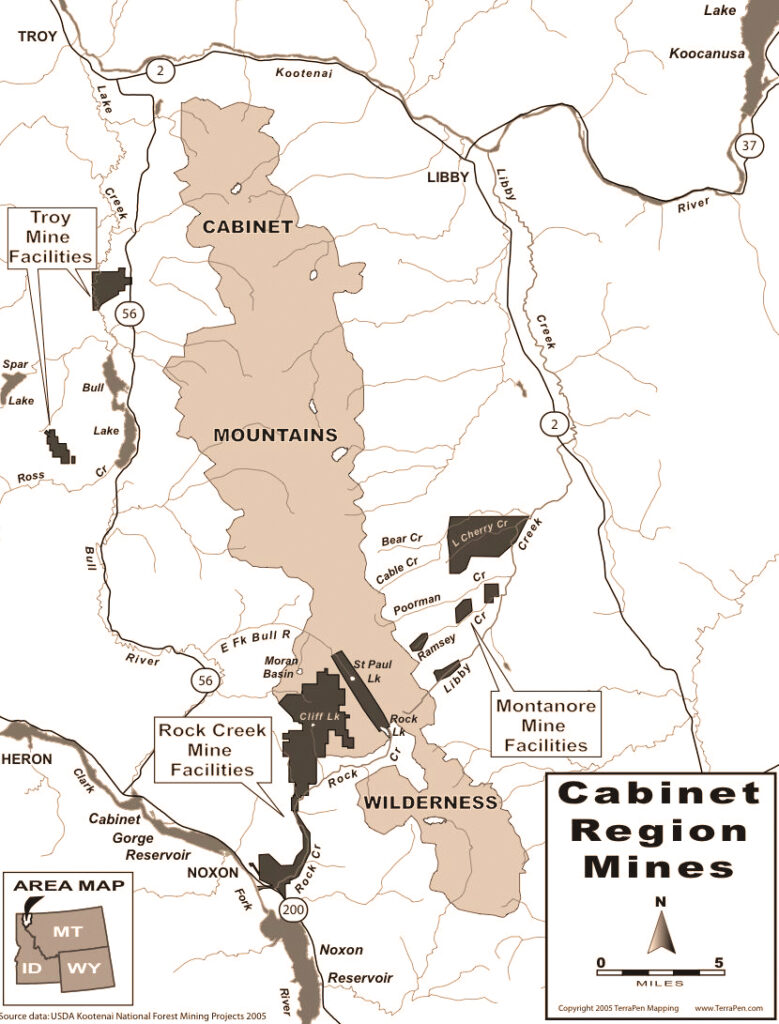 A map of mining sites in northwestern Montana. Courtesy USDA.

Noranda received a permit in 1997 and sought another in 2001. By 2002, the firm had ditched the project. In the interim, in 2006, another company sought to develop a mine operation at the site, but that effort also came to nothing.

According to the Missoulian, that resulted in a legal quandary: Had the mine actually ceased development from 1992 to 2006? Justices considered whether those earlier permits could be applied to subsequent parties, including Hecla, which is the current owner.

The answer, according to the Montana Supreme Court, was “no.”

Calling it a “sidestep” of the state’s “enhanced non-degradation policy,” the Big Sky state’s high court affirmed a district court’s decision handed down in July 2019 to nix the proposal, based on the 1992 Department of Environmental Quality permit to Noranda, which Hecla attorneys argued allowed the company to explore the area near Noxon, Mont., citing potential threats to regional water quality and wildlife habitat, which includes habitat for threatened bull trout and grizzly populations.

As the Missoulian reported, Hecla must apply for a new permit from Montana DEQ to continue exploration at the site — paying heed to changes in the state’s environmental protection laws, which no longer weigh water pollution against “a result of necessary economic or social development,” but require more stringent controls.

Hecla officials told the Missoulian that they are undaunted, and will seek new permits to proceed with the Montanore project