Have you ever gone to the dentist to have a cavity filled and wondered what in the world they’re doing inside of your mouth? They squeeze a tube of something onto your tooth, put on some orange TRON goggles and blast your mouth with a flashlight from CSI.

This strange, gooey stuff is called photopolymer resin, and it has a huge variety of uses in the modern world, from dental work to 3-D printing extremely fine details. 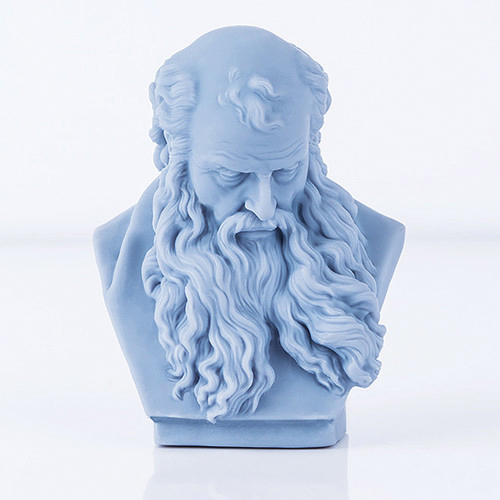 A 3d-printed sculpture made with photopolymer resin. Courtesy photo.

In its uncured form, these resins come in a wide variety of consistencies, from something like cold milk to toothpaste. Resins with a thicker, malleable consistency are preferred for dental work as your dentist can shape it and reduce pockets that could become cavities later. Runnier resins are generally used for 3-D printing.

You might be wondering how it works. On a surface level, once you expose the liquid resin to ultraviolet light for a certain amount of time, it will harden and cure, taking on the shape into which it has been formed and becoming very strong, as in the case of dental resin.

It becomes a much more intricate process when you zoom in and look at how the process unfolds at a molecular level.

At its core, the photopolymer resin is made up of a series of molecules: oligomers or binders, monomers and photoinitiators.

Oligomers are structures composed of a few basic, sometimes repeating molecules, and these dictate all of the important features of the resin: how well it resists heat, how durable or pliable it might be and how strong it will be at resisting external forces like impacts. You can almost think of these like the frame of a house.

Monomers are much smaller molecules, often made up of a few atoms that can link up with other monomers to create a polymer chain of several monomers. This is the basis of just about every plastic you can think of.

It’s important to note that chemistry is like the Jedi religion, in that it doesn’t deal in absolutes. Instead, the success or failure of a chemical reaction is largely statistical. If the vast majority of a substance behaves the way you want it to, that’s great! The molecules are all too tiny for us to see, so we don’t need to worry about 100% efficiency. There will be molecules in the finished product that have not undergone a reaction and that’s to be expected.

Now that you’ve seen both the macro and the micro of how photopolymer resin works, how does it work in a 3-D printer?

Most hobby printers that use resin are referred to as “SLA,” which stands for stereolithographic apparatus. While that might be a big and scary word, you’ve already seen how the whole process works. These printers have a small vat with a transparent bottom that you fill up with liquid resin. Beneath the vat there is an LCD screen, similar to your phone’s screen. Unlike your phone’s screen, the screen beneath the vat of the printer is designed to emit ultraviolet light.

The printer’s build plate, which acts as the foundation for your print, will descend into the vat and stop a fraction of a millimeter over the bottom of the vat. The printer will then project an image of the very first layer of your print for anywhere from 40-60 seconds, barraging a fairly precise area with UV light to trigger the reaction that will cure the resin and harden it into the shape of the layer projected on the screen. It’s important to bake this layer for longer, because the rest of the print will need a solid foundation to adhere to.

After this time has passed, the build plate will move up very slightly and the printer’s screen will flash the image of the next layer — generally for a range of two to six seconds, though I’ve found that 4.5 seconds provides some nice, crisp details. This process continues until your print is completed. After the print has completed, it’s always imperative to clean off the model and the build plate with isopropyl alcohol, then give the model one more cure — this time with a UV torch or a curing station that utilizes a turntable and a UV lamp. This gives your print a nice and durable shell and makes it safe to handle with your bare hands.

Stereolithiography can make extremely precise prints with some boasting details as sharp as 35 nanometers. However, it’s worth noting that the resin is a serious skin irritant, produces toxic fumes, and requires a great deal of caution and care to effectively use. You always want to wear gloves and a mask when handling this stuff until your model has completely cured, and it’s important to wear UV-safe protection when dealing with a UV torch or lamp.

If you would like to see a layman’s explanation of how the entire process works in 3-D printing, I wholeheartedly invite you to watch “Ph.D. Chemist Explains 3D Printer Resin” on YouTube, from Goobertown Hobbies. Brent, the aforementioned chemist, speaks very clearly and breaks down an extremely complicated subject in an enjoyable way.

Also, his painting videos are the bomb.

Next week, we’re going to take an in-depth look at another form of 3-D printing that you can use at the library.