Thanks to a partnership between Lake Pend Oreille High School and the Bonner Community Food Bank, 150 hot holiday meals made it to the plates of people in need on Christmas Eve. 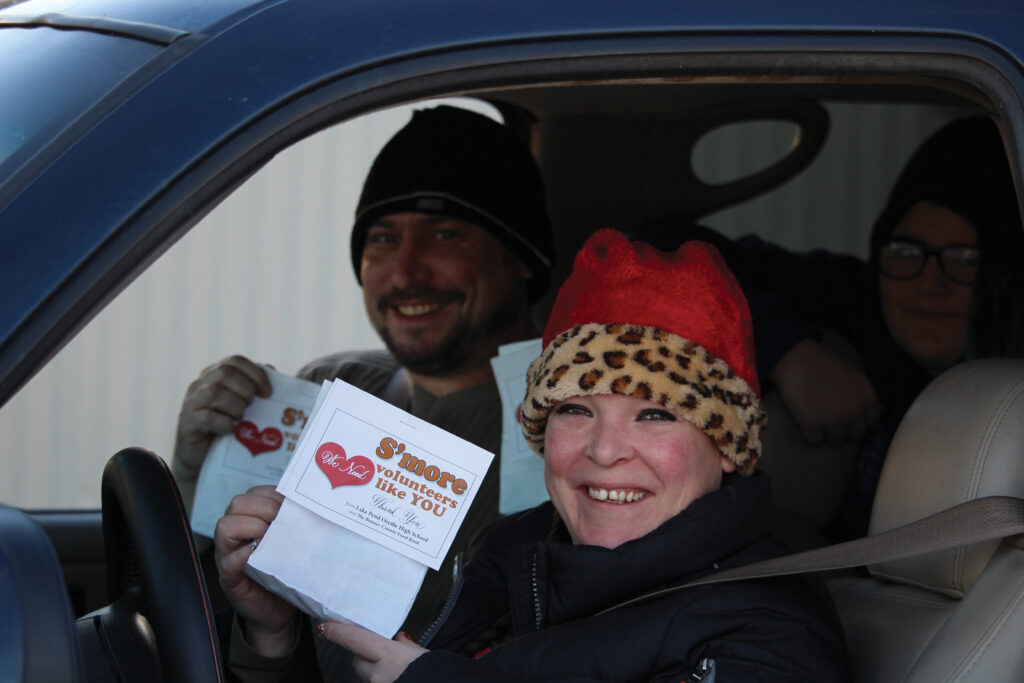 Delivery driver Ashley Bolton and family display goodie bags given to all the volunteers on Christmas Eve. Photo by Randy Wilhelm.

The two were discussing the generous and well-attended Thanksgiving meal hosted by the Hoot Owl each year when Wilhelm mused that, “it would be nice to do something like that at Christmas.” Since the food bank began making home deliveries during the COVID-19 pandemic, Love had access to a list of people who could use a warm meal delivered straight to their homes.

With the help of LPOHS culinary arts teacher Rand Rosecrans, a handful of student chefs and dozens of local volunteers, that idea became reality on Christmas Eve.

“It couldn’t have been pulled off without community support,” Wilhelm said, noting donations from Litehouse, Super 1 and Yoke’s.

On the volunteer side of things, Wilhelm said he had to turn away around 40 drivers because there simply weren’t enough meals to require that size of delivery fleet. Of those who were needed to take the meals to their intended destinations, some went as far as Clark Fork, Naples and Athol to feed residents for the holiday.

He said the bulk of the drivers were former LPOHS students.

“Some had their families in there with them, all super excited to be involved in an LPO project again,” he said. “That was really cool.”

Ashley Bolton, a 2005 LPOHS graduate, said she heard about the opportunity to volunteer through social media and jumped at the chance. 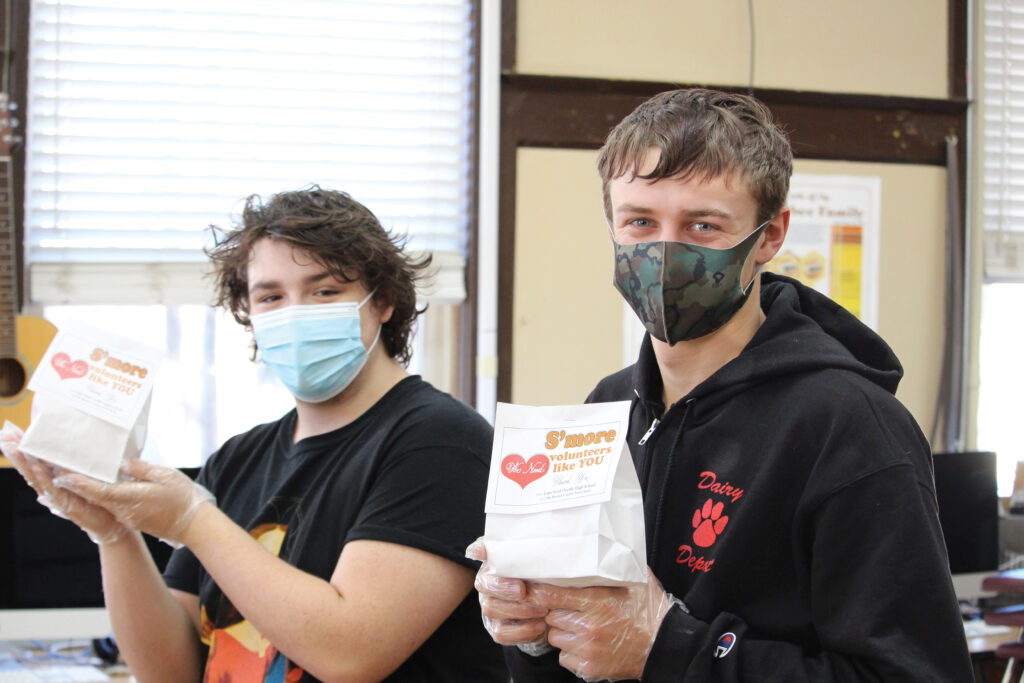 “LPO is the coolest school in the entire world, and I couldn’t wait to help them because they have helped me so much in my life,” Bolton said. “I can’t repay the teachers and the staff and the whole school enough. I love the things that they do and I thought it was a wonderful idea.”

Her husband and their four children also came along for the deliveries, and were “super ecstatic” to be involved, Bolton said.

“It was so much fun and it was just an honor to be able to help out,” she said.

That enthusiasm and willingness to help others is a characteristic of Sandpoint that continues to shine through the hardships of the pandemic, and something Love said she feels was on full display Christmas Eve.

“I think it really reflects the heart of our amazing community and our team who did a phenomenal job in making it happen — especially during these challenging times,” she said. “For a year that has been difficult on so many levels, we felt that holiday spirit for sure.”

With the partnership between LPOHS, the food bank and community volunteers being such a success in 2020, Wilhelm said delivering Christmas Eve meals could likely become a new holiday tradition.

“We could probably double the amount that we did next Christmas, as well,” he said.

To learn about how to support the Bonner Community Food Bank with donations or by volunteering, visit foodbank83864.com or call 208-263-3663.