In 2015, Laura and Judy Diaz’s father shot and killed their mother at their home in Wilder. It’s a horrific story made even worse by a simple fact: He shouldn’t have had the gun in the first place. Years earlier, he was arrested for hitting their mother. After spending 90 days in jail, the judge returned his guns to him, even though federal law prohibited him from having them. This wasn’t the judge’s fault – it was a fault in Idaho law. Thanks to a loophole, our laws did not require the judge to keep the guns out of the hands of domestic abusers. He had no choice but to give them back to the man who abused his wife and would eventually kill her. 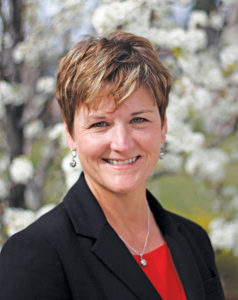 Domestic violence is one of the most serious public safety and health risks in our nation. Every month, 50 women are shot and killed in the United States by a current or former spouse. Nearly one million American women alive today have been shot, or shot at, by an intimate partner. And gun violence towards women doesn’t stop at the death count – abusers use guns to threaten their victim even if they never pull the trigger. Approximately 4.5 million American women alive today have been threatened with a gun by an intimate partner. We can’t help what goes on in other states, but we can change the laws in Idaho to make sure we don’t add to the statistics.

That’s why we joined forces to introduce H585. The legislation is geared toward keeping guns out of the hands of those convicted of abusing women and children.

For law enforcement officers, responding to domestic abuse calls is one of the most dangerous aspects of the job. Seeing families torn apart by abuse is heartbreaking, but if we can pass legislation that helps keep guns out of the hands of abusers, even for a while, we know it can save lives.

The bill applies to people who are already prohibited by federal law from having guns. It empowers Idaho law enforcement to protect victims from violent abusers. This is good, life-saving policy that has bipartisan support across the country. Twenty-eight states — including places as diverse as Alabama, Texas, New York and Indiana — and the District of Columbia have laws on the books prohibiting people convicted of misdemeanor domestic violence from buying or possessing guns.

But it’s not just a good policy from a data perspective. Policies like this affect real Idahoans’ lives. We know the presence of a gun in a domestic violence situation makes it five times more likely that a woman will be killed. That’s why federal law prohibits certain abusers from buying or possessing guns.

Idaho is no exception from these disturbing national trends. In 2016, the Idaho State Police reported 6,084 incidents of violence between spouses, ex-spouses, and those in dating relationships. Each day in Idaho, more than 850 domestic violence victims and their children seek safety and services from community-based domestic violence programs. 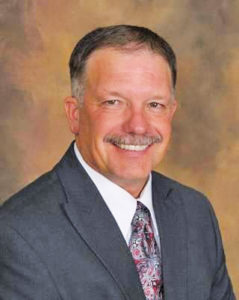 Momentum is building. Over just the past five years, 25 states and the District of Columbia have enacted bills that strengthen the laws keeping guns away from domestic abusers. These measures have been taken up by state houses in every region of the country — they have passed almost uniformly with bipartisan majorities, and have been signed into law by governors of both parties, including Republicans like Scott Walker, Chris Christie, Bobby Jindal, Robert Bentley, Gary Herbert, and Brian Sandoval.

We know Idahoans respect the Second Amendment. They expect their leaders to respect it too. Polling shows Idahoans overwhelmingly support giving law enforcement the tools they need to protect domestic violence victims. In fact, when asked, two in three Idahoans support prohibiting anyone convicted of misdemeanor domestic violence or subject to a protective order from buying a gun.

Idaho needs to take action to give law enforcement the tools they need to protect our communities, prevent convicted abusers from having access to guns, and stand up for victims (women, children, and men) in our state. We urge our Idaho legislators to pass this common-sense measure to protect all of our citizens, support HB 585, and help save lives.

Kieran Donahue is sheriff of Canyon County, Idaho and Melissa Wintrow, D-Boise, is an Idaho state representative from Boise.