Before you know it, news from the statehouse will be in the forefront as the 2018 legislative session kicks off in January. Idaho’s Democrats will be pursuing a dynamic agenda aimed at providing educational opportunities for all Idahoans, improving our low-wage economy and defending Idaho’s public lands. While our colleagues will no doubt debate us on many issues (and they can expect a robust debate in response), we are making this pledge to every Idahoan: We will fight for the issues that provide opportunity to all Idahoans, but we will not engage in personal attacks on fellow lawmakers. 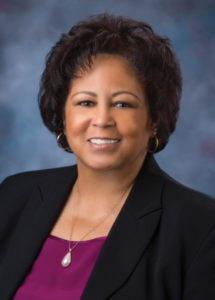 It seems silly that we should have to put this in print. However, the reality is that all you have to do is turn on the television or radio, browse through a newspaper, or read a social media feed these days and within a few minutes you will find some politician or political group lobbing a personal attack against another. These attacks divide our nation, our state and our communities to the point where neighbors can’t talk about important issues for fear of starting an argument. With Idaho struggling to educate its citizens and get people into high-paying jobs, elected officials can ill afford to spend their time taking pot-shots at one another. Personal attacks do nothing to solve Idaho’s problems. If anything, they make them worse.

This is not mere talk from your Democratic legislators. Our actions speak for themselves. Since the 2017 legislative session ended, Idaho’s Democratic state lawmakers have been making the issue of civility in politics a top priority. We have written several bipartisan opinion columns with Republican lawmakers from all over the state on subjects ranging from invasive species, hunting and fishing in Idaho and how better trade relations with Cuba can benefit Idaho farmers. Our colleagues, Democratic Rep. Ilana Rubel and Republican Rep. Christy Perry, will soon be submitting a bipartisan column on legislation they plan to co-sponsor in 2018. Rep. Melissa Wintrow has worked this off-session teaching other states’ lawmakers how to engage civilly with their colleagues so they can be more productive at their respective statehouses. She even went on a conservative talk radio show – outside of her district – to talk about it. Indeed, throughout 2017 several of our Democratic colleagues have interviewed around the state with conservative outlets about Idaho issues. 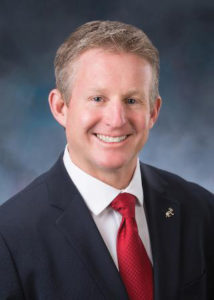 More importantly, Idaho Democrats and Republicans have been working side-by-side on bipartisan committees tackling issues like campaign finance reform and improvements to Idaho’s foster care system. We have traveled on bipartisan tours of the state with the Joint Finance Appropriations Committee (JFAC) keeping an eye on how your tax dollars are spent. We initiated a bipartisan open letter condemning hate crimes in Idaho. And earlier this year, we posted a tribute to Sen. Shawn Keough on our social media pages after she announced she would not run for re-election in 2018. Keough is one of many Republican lawmakers whose professionalism and talent we respect and admire. She will be missed.

That is not to say we won’t have our battles in the 2018 legislative session. It’s expected and commonplace in an “arena-of-ideas” conflict over opposing views. That’s healthy. When coupled with positive solutions, drawing attention to the weaknesses of the opposition’s proposals is necessary in order to reach the best result. We have decidedly different strategies for the growth and development of our state. Introducing fresh methodologies to stimulate opportunities for every Idahoan that enables all of our citizens to prosper is a good thing. But let’s be clear, there is no room for the personal attacks that have permeated our political discourse. Certainly not in Idaho where we value civility, courtesy and respect. Idaho State Democratic legislators are pledging not to make personal attacks on our colleagues. We would encourage members of the majority to do the same.

The act of “reaching across the aisle” speaks of physical space between two political parties. The “aisle” is less a spatial divide than a philosophical one. We can be as physically divided within the House or Senate chambers as the architects decide. However, it is incumbent on us as elected leaders to bridge the philosophical divide between parties in order to get things done for all Idahoans. We can’t reach across that aisle unless we are prepared to treat one another with dignity and respect. While we may do battle on the issues – as we should – we must draw the line at personal attacks on one another. Such attacks erode our effectiveness as legislators and as Idahoans. When we insult each other, we insult every Idahoan and diminish ourselves. You not only deserve our civility, you should demand it.

Rep. Mat Erpelding is the House Democratic Leader in the Idaho State House of Representatives. He is serving his third term.

Sen. Cherie Buckner-Webb is the Democratic Assistant Minority Leader in the Idaho State Senate. She is serving her third term.