A bill that would make it harder for voters to qualify ballot initiatives in Idaho has advanced to receive a hearing. 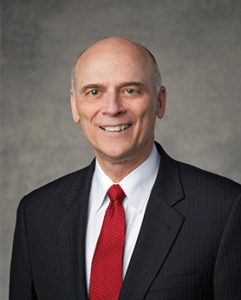 “The effort here is to allow the rural districts to also be involved in the process and not just have the cities dictate to the (rural areas) what’s happening in the state,” Grow said, according to Boise State Public Radio.

Under the heightened requirements, neither the Medicaid expansion or horse racing initiatives from last election would have made it onto the state’s ballot.

Rebecca Schroeder — the recently-announced executive director for Reclaim Idaho, a grassroots group that fought to get Medicaid expansion on the ballot — voiced her concerns about Grow’s bill on social media.

“This is a direct attack on our Constitutional rights to propose a ballot initiative,” Schroeder tweeted Monday. “Why is Sen. Grow so afraid of Democracy? Is the #idleg worried that voters might keep taking care of important business like closing the Medicaid gap?”

Reclaim Idaho co-founder and Sandpoint native Luke Mayville also tweeted Tuesday: “Question for Sen. Grow: If your bill is really about amplifying the voice of rural voters, why not stop at increasing the distribution requirement? Why also require nearly double the signatures in one third of the time?”

Grow told KIVI Boise Monday that the legislation will be printed and on the Senate floor “in a few days.”