The big story behind one little tree

After a decades-long process, a Sandpoint woman self-published a children’s book — which she also wrote and illustrated

Nancy Cerra-Medland is fond of the term, “new adventure.”

“Life needs to be full of those,” she said. “You can’t be complacent, or miss out on opportunities. Try something new and figure out how it works.” 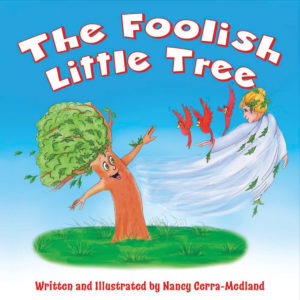 This life philosophy is especially applicable when self-publishing children’s books — a “new adventure” Cerra-Medland has now accomplished as both a writer and illustrator. The part-time Sandpoint resident holds degrees in illustration and advertising graphics design, and said she always knew she wanted to illustrate a children’s book. When she decided to take on such a project, she said it didn’t take her long to realize that she’d be perfectly capable of writing the book herself.

“I figured, ‘That’ll be a double-punch combo,’” she said.

Thus, “The Foolish Little Tree” was born. Cerra-Medland’s book tells the story of a young tree who is distraught when winter brings falling leaves and chilly weather. With the help of her woodland friends and fellow trees, the foolish little tree learns about winter, and ultimately how beautiful change can be.

Cerra-Medland said she was inspired by her time spent hunting in the Michigan woods she used to call home. She said she felt “at peace” among the trees.

“Each tree had its own little personality,” she said, noting that she first envisioned the little tree in her book while she was in those woods. “I could see her. I could see her world and step into it.”

After illustrating and writing the initial version of the book, Cerra-Medland pursued traditional publishing. Unfortunately, she found the publishing business 25 years ago — especially for children’s books — to be complicated, expensive and difficult to break into. As a result, her tree creation was set aside for the time being. 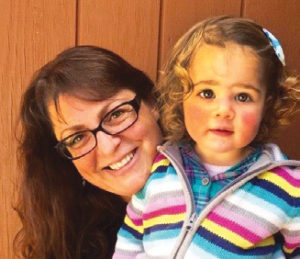 “It just was so daunting,” she said. “So I ended up just working my job and I had two kids to raise, so (“The Foolish Little Tree”) ended up going into a drawer.”

It wasn’t until about three years ago, when she showed the original illustrations and story to a supportive friend, that publishing “The Foolish Little Tree” became a possibility again. Further, Cerra-Medland’s son had just had a baby, and he told her all he wanted was for her to finish the book so her granddaughter, Odelia, could one day read it, she said.

Through a self-publishing process, Cerra-Medland officially brought the little tree to glossy print pages after lots of airbrushing, Photoshopping and resizing.

“It just took a lot of belief in myself, because you’ve always got that inner doubt,” she said.

After publication, “The Foolish Little Tree” became a part of the Magic Beans Bookstore, a website where self-published authors and craftsman can sell their books and handmade toys.

To join, Cerra-Medland and other authors had to send in a signed, hardcover version of their books. Ultimately those books were donated to Casa Pacifica Centers for Children and Families, an organization that helps children through abuse, neglect and other family crises.

“The tree needs to be in a place like that, because of all the hurt she goes through. Her life gets turned upside down,” Cerra-Medland said. “I know it’s not the same as what those kids (at Casa Pacifica) go through, but I hope the concept of growing and changing might be relatable.”

Purchase “The Foolish Little Tree” on Amazon, Bookbaby.com and MagicBeansBookstore.com.