Aftival 2018: A sneak peak at the 6th Annual Aftival lineup 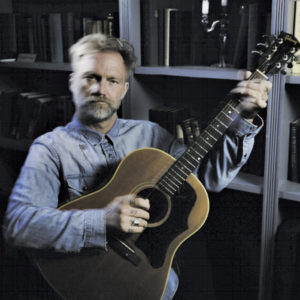 All good things must come to an end,  even the fun of the Festival at Sandpoint. But thanks to Sandpoint’s premier late-night concert series, that end is delayed well into the night.

For six years running, Aftival at the Hive has doubled the party factor of Festival season with more music and fun for those who want to keep the action going after the show winds down at Memorial Field. And this year’s lineup packs some serious firepower — you won’t want to miss it.

Each outfit offers its own distinct sound, and with a diverse array of styles from bluegrass to rock to funk, there’s a boogie everyone can get down to. Listen to our Aftival Preview playlist here as you peruse the lineup for full effect. 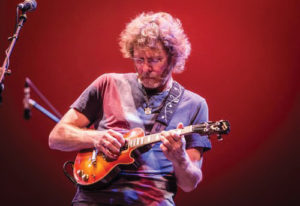 Kicking off Aftival on Friday, Aug. 3, is award-winning, singer-songwriter Anders Osborne. Hailing from New Orleans, Osborne centers his soulful vocals in carefully-crafted lyricism for a potently emotional musical experience. Add on his sharp mastery of the guitar, and you’ll be more than inclined to jam out to Osborne’s original take on rock and roll. Since his recording debut in 1989, Osborne has garnered a wide following — after seeing one of his powerful live performances, you’ll know why.

Dubbed the king of Telluride Bluegrass, Sam Bush is acclaimed for his exceptional mandolin picking skills and outstanding showmanship, but his joyous energy is what truly sets him apart as a musician. On Saturday, Aug. 4, the Sam Bush Band will spread this contagious, ecstatic energy to the Hive with their characteristic style, self-described as “jubilant noise”, made up of a constellation of jazz, folk, blues, reggae and bluegrass. Come prepared for a bit of every genre, and of course, for lots of dancing. 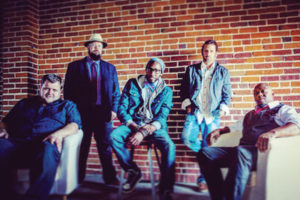 On Friday, Aug. 10, a longtime Hive favorite returns for a much-anticipated Aftival appearance: Jelly Bread. The Reno group has ascended to a nationally-touring heavyweight outfit, serving their funky repertoire across the country. Their “chameleonic” sound blends a Southwestern twang with classic funk and rock tones for a high-energy listening experience. Their four-part harmonies perfectly complement their artfully-crafted lyrics, and a touch of “take-’em-to-church” organ adds some seriously danceable depth. 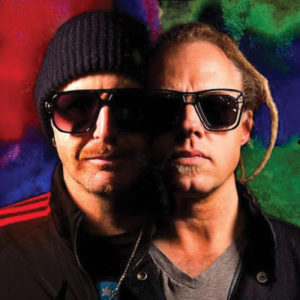 Rounding out this year’s Aftival season on Saturday, Aug. 11 is BoomBox, the electronic stylings of producer, songwriter and multi-instrumentalist Zion Rock Godchaux. Relying heavily on vintage funk flavors and rock trills, BoomBox has a distinctive, danceable psychedelia sound Godchaux refers to as “dirty disco blues.” With throbbing, soulful bass beats, you really can’t help but tap your feet and bob your head in time. If it was an ice cream, BoomBox would undoubtedly be rainbow sherbet — a delicious, eclectic conclusion to a wild Aftival season.

Tickets are available at livefromthehive.com. The Hive doors will open at 9 p.m. with performances slated to begin at 10 p.m. Tickets are $20 to $30 in advance or $25 to $35 at the door. The shows are restricted to ages 21 and up. For information on VIP booth reservation and VIP status, email [email protected]