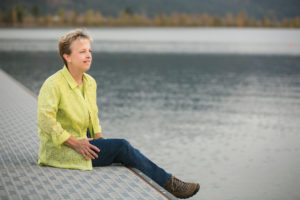 Relief comes at the thought that she isn’t facing a bruising primary election this year and will no longer be bound by an often-grueling political process. But she looks back with fondness at the accomplishments achieved and constituents helped over the past two decades. With so many memories behind her, it is inevitable that her decision to retire from the Idaho Legislature would by shaded by sadness.

“I’m definitely going to miss being at the decision table,” Keough said. “I’ll miss being a reasonable and common-sense voice for our district.”

It’s been a busy last year for Keough as she’s attempted to tie up as many loose ends as possible. She was pleased to lend her efforts toward adding an additional $100 million into the education budget this year, a nod toward fulfilling the state constitution-mandated obligation to adequately funding education.

“We’re continuing our commitment that we would plug the hole in our K-12 budget and also continuing the commitment to improve teacher salaries to retain and recruit good teachers,” Keough said.

Likewise, Keough and Reps. Sage Dixon, R-Ponderay, and Heather Scott, R-Blanchard, were able to make headway on a longstanding Priest Lake breakwater problem. With the breakwater connecting Priest Lake and Upper Priest Lake degraded to the point that powerboats could no longer pass through, the legislators were able to assist in securing a series of projects that will address that and other waterway issues.

On the other hand, she was disappointed that she wasn’t able to successfully argue against an abortion complications reporting bill, telling the Spokesman-Review she viewed it as an invasion of women’s privacy without any practical pro-life benefit. And as an opponent of the state grocery sales tax, which she sees as an undue burden on the poorest Idahoans, she regrets that the Legislature wasn’t able to successfully organize a repeal this year.

“It was bittersweet knowing that it would be my last session and that there were things I wanted to accomplish for our district in particular,” she said. “It was my last chance to do that.”

Those letdowns aside, it’s a satisfying end to what will be a 22-year career in public service by the end of the year, making Keough the longest-serving female senator in Idaho history. It’s a venerable record rooted in the humble origins of Keough’s 1996 election to the Idaho Senate.

“I ran the first time because I believe you can’t complain without being willing to jump in and work for a solution,” Keough said. “I thought our area needed effective representation on our communities’ concerns, especially in the areas of funding for public schools and roads.”

Since then, Keough has accomplished much of what she set out to do two decades ago. When she first ran for office, Sandpoint’s higher education opportunities were limited, and Keough helped expand the presence of North Idaho College and Lewis-Clark State College in town. She assisted in cutting red tape she felt held back business and industry in the state. And she was instrumental in key North Idaho transportation projects like the Dover Bridge and Sand Creek Bypass.

“It’s been rewarding to be able to be a positive voice for common sense in our Legislature and be able to secure funding for a backlog of transportation projects,” she said.

There are many reasons why Keough chose to make this her final year in the Idaho Senate. For one thing, she’s balanced her public service with her work as executive director of Associated Logging Contractors, a position she has held for 18 years. She intends to continue her work for the organization with renewed focus now that the need to campaign and serve isn’t a factor.

Another influential element is the sharpened rancor in modern politics compared to her start in the 1990s. When considering her options for the future, the thought of undergoing another primary election weighed heavily on Keough. In past party primaries, the state senator faced angry townhall attendees, mean-spirited internet comments and perpetual accusations of being a RINO, or a Republican In Name Only.

“I think going into my public service, certainly there were and remain divisive issues, but civility was and remains important,” Keough said. “You need to have the ability to agree to disagree agreeably and have respect for divergent viewpoints.”

Keough said a similar ideological intractability has made its way into the Idaho Legislature over the years.

“I won’t miss the growing divisiveness from a very small segment of legislators who are more interested in bomb throwing,” she said.

“If you want to be successful (in the Legislature), it’s all about building relationships that are productive,” Keough added. “… You don’t get those things done by throwing bombs and calling names.”

Keough and her husband plan to take a much-needed vacation this June. In the meantime, as she reflects on her last legislative session, she is thankful for the friends, family and voters who have supported her along the way.

“I’m especially appreciative of my husband and family for always being there and standing behind me,” she said.

If Keough has one wish for the future of Idaho, it’s to see renewed civic engagement from its citizens. She calls on residents to inform themselves on the issues, make their voices heard in the public process and, most importantly, vote.

“I’ve been honored to have the confidence of a majority of voters,” Keough said. “I encourage everyone to exercise their right to vote. There are so many people who do not participate, and there’s a cost to not participating.”