The Bonner County Sheriff’s Office is on the hunt for a suspect or suspects in the suspicious death of Clark Fork resident George Gerald Andres, 73. 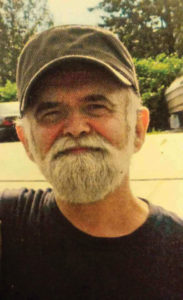 Andres was found dead with multiple gunshot wounds last Wednesday at 6:15 p.m. after the Bonner County Sheriff’s Office was notified of a dead male in the 1200 block of Mountain View Road in Clark Fork. Police believe that Andres interrupted a burglary in progress and was killed in the resulting chaos.

With the help of Idaho State Police and Idaho Department of Fish and Game, Bonner County Sheriff detectives collected physical evidence inside and outside the crime scene. Idaho State Police Lab will handle the ballistic evidence, while Washington State Crime Lab is examining the DNA evidence, including touch DNA swabs containing microscopic skin cells collected from clothing, weapons or other objects.

According to the Bonner County Sheriff’s Office, investigators believe Andres returned home from a shopping trip around 1 p.m. Monday, Dec. 4, and interrupted a burglary in progress. The conflict escalated, resulting in Andres sustaining multiple gunshot wounds. The burglar or burglars stole multiple items from the home, and Andres died from his wounds.

Once notified of the incident, the Bonner County Sheriff’s Office sent messages to the public via Nixle, Facebook and Reverse 911 warning residents to keep clear of the crime scene, lock their doors and report any suspicious activity. In particular, they’re searching for any unusual happenings between Sunday, Dec. 3, and Wednesday, Dec. 6, in the area of Mountain View Road or any connecting road.

As of the most recent update from the Bonner County Sheriff’s Office, authorities have no suspect descriptions or vehicle information. Detectives are relying on locals to generate leads in the investigation. They are canvassing the nearby neighborhoods interviewing residents in the hopes of uncovering any irregular activity. In addition, they are searching for any possible video surveillance a homeowner might have from Highway 200 up to the Mountain View Road area.

Friends of Andres remember him as an avid user and supporter of local libraries. He had a love of animals, particularly longtime library cat Pete, who was quick to return the affection. Andres also had two of his own cats and would visit the Panhandle Animal Shelter to visit the animals. He had a love of the outdoors and enjoyed hiking, biking, shooting and navigating local waterways. Friends said he always helped them out when they needed him.